Difference between revisions of "Factory Setup"

From Nintendo Switch Brew
Jump to navigation Jump to search

At the factory, a minimal version of the Switch OS is installed. A modified version of the boot2 title (boot2.manuBoot) is installed that launches an additional "Manu" sysmodule, and the system config title specifies to launch "Test Application Launcher" instead of qlaunch.

Test Application Launcher is used to launch a number of tests, "CAL0" calibration data is written to NAND, and retail firmware is installed.

Factory firmware contains a stripped down version of the Switch's OS with unnecessary titles removed, and a number of additional debug titles installed. 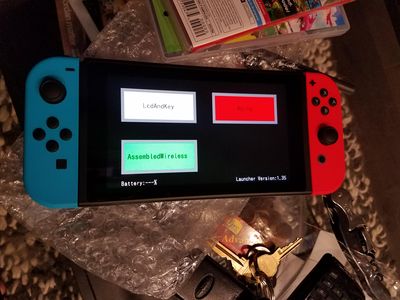 TestApplicationLauncher running on a console.